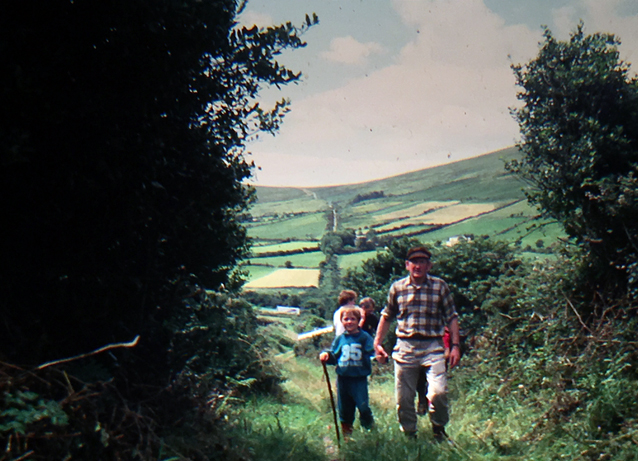 Tom Finn, founding member of the club and a young boy (unidentified) working on a section of the Dingle way. Jimmy Laide and Nuala Finn are in the background.

TMC members vote tomorrow on a motion to remove the ban on membership for people under 18 years of age. No one is quite sure when or why the club introduced that rule but the club was built on participation by young people and family members, like Nuala Finn, who was introduced to mountaineering by her father when she was seven years old and now serves as club president.

There are members of the club who climb with their children, but these young climbers are barred from being members until they reach 18 years of age. We are seeking to make a small change in the wording of the constitution that would change this situation and create opportunities for the club to develop by giving other young people a chance to participate and progress in our sport.

That change is being put to the members at a special general meeting that has been called to decide on the issue.

An honourable tradition, four generations of mountaineers on the Dingle way. From left, Jimmy Laide, an unidentified girl (suggestions please), Tomás ‘An Gréasaí’ Breathnach, Sean Kelly, Nuala Finn, Noirín Carroll, and Tom Finn (front). The Dingle way was developed by members of TMC as a way of encouraging greater participation in mountaineering in Kerry.

This whole process started a few years ago when Ian Hassell, then Chairman, pointed to the aging profile of club membership and suggested that the club needed to be more attractive to younger members.  This is a chance to make such a change.

The meeting will be preceded by an information session, in which Ruth Whelan of Mountaineering Ireland will bring people up to speed on the new child protection legislation and any implications it may have for the club as a whole. There has been a lot of talk about “law” but we have never regarded this as a legal issue. It is about fairness and the future development of the club.

There is opposition to the move, which is puzzling given that young people participate in the ‘Tuesday Night’ walks and in the very successful Park Run, and it doesn’t seem to a problem for other participants.  It doesn’t seem to be a problem for most sports club in the country for that matter. Why is mountaineering so different?

Remember, turn up and vote … early and often! It’s your club after all.

Ian Hassell making a point about changing the club constitution at the  club walk two weeks ago … though we’re not quite sure what it was. Any suggestions for a caption?