TMC members met in the carpark at Lisleibane and headed in the Hags Glen, crossing the Gaddagh just south of the bridge and headed south to the start of the spur called the Bone. As soon as we gained height it became clear that the wind was too strong to stick to the planned along the spine of the spur.

The route was changed and we went up the side of the spur to a small coum. We contoured across to the spur on the southern side of Cumeenapeasta Lake, on ground that we would’t normally be on, so we did a bit of exploring and identified some interesting routes for future outings. We descended along the stream running from the lake to the Gaddagh and headed to Cronin’s Yard for a cup of tea. Thomas treated us to apple tart.

An interesting thing happened on the way to the Bone. A Kestrel hovered above for about 5 Minutes. 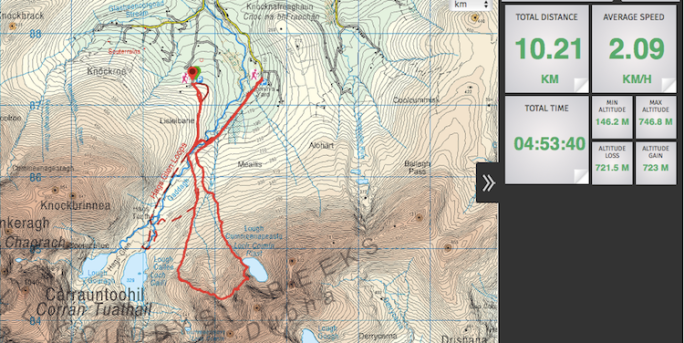